This is an Award Awareness Post, where I’m going to tell you, “Here’s what I published last year! In case you want to nominate it for shiny prizes!”)  I will note in my defense that when nominating stories, I appreciate being able to find out easily whether things I liked were Short Stories or Novelettes and precisely where they got published in which month (since you always have to write that stuff down).  So.  In case you think I’m awesome, are nominating for one of the genre awards (or non-genre! heck, feel free to nominate my penis story for the arty-est most thoroughly literary award out there, if you’re on the nominating committee) and want to know what all I published last year so you can nominate for me for ALL THE THINGS… here you go!

“Solidarity,” The Magazine of Fantasy and Science Fiction, March/April 2013.  This is a seastead story, with the same setting and characters as “Liberty’s Daughter” and “High Stakes” (which were published in F&SF in May/June 2012 and Nov/Dec 2012.)

“The Wall,” Asimov’s Science Fiction, April/May 2013. This is my time-travel-Berlin-Wall story, in which a college student in 1989 is approached by a woman claiming to be her, from the future, and trying to persuade her to go to Berlin to see the fall of the Berlin Wall.

Bits, Clarkesworld, October. This is the penis story. It’s online and it’s free, so you could go read it right now if you haven’t already. I realized the other week that if you look me up on the Internet, it’s currently the third hit. So this means that the lady I was chatting with at the parent coffee at school, who found out I was an author and wrote down my name: if she googled me, she’s probably now read it.

Otherwise, perhaps I can interest you in a lovely picture of one of my cats:

Blogs are for cat pictures.

For years, I’ve enjoyed reading Yuletide stories.  Yuletide, for those who are not aware of it, is an annual fanfic exchange.  When you sign up, you request a story (you actually have to give multiple possible options) and you also offer to write one (ditto). You volunteer and request based on “fandoms,” which in the context of Yuletide can sometimes be as narrow as a single blog post or a TV commercial.  Yuletide does require that the fandoms be small, or at least smallish — you can’t request or offer Harry Potter-based stories, Avengers, anything that has a huge amount of fanfic already.

Stories have to be turned in by late Christmas Eve, and everyone gets their story on Christmas Day.  Authors remain secret until January 1st. All the stories are in an archive and can be sorted by fandom, so you can poke through and read all the stuff that appeals to you.  (A Little Princess?  Allstate’s “Mayhem” commercials? Georgette Heyer’s Venetia?  They’re all in there.)

This year I decided I wanted to play. I was assigned to write for someone who wanted Code Name Verity fanfic, and wrote a story called Damask Roses (it’s also Rose Under Fire fanfic) and I wrote a Treat (an unassigned story I wrote because I looked at a bunch of prompts and felt inspired) about Disney Princesses at a college called Four Things That Weren’t Adequately Covered in Mulan’s RA Training. 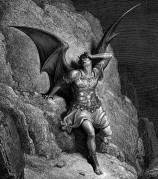 I’ve also written straight-up fanfic, but not on AO3 and not in Yuletide, so that was really a new experience.

“Four Things” … was really popular.  And here’s the thing about fanfic — no one’s writing it for money, obviously, so there’s this whole culture surrounding it where people are rewarded for their writing and encouraged to write more with compliments. You do get compliments with pro writing; I’ve gotten some really lovely e-mails over the year, and my most recent published story, Bits, has a comments section with eight comments. By contrast, “Four Things” has 353 kudos (basically like a Facebook “like,” only more specifically adulatory) and 40-some comments, all of them saying things like, “you are SO AWESOME.”

You just do not ever get that sort of feedback in pro writing normally. Unless you are so famous that you are also getting stalkers. It’s a funny thing.

And the weird flip side of this is that with pro writing I also always feel slightly embarrassed and awkward about compliments. (I avoid reviews, even good ones; they tend to paralyze me. The bad ones make me think, “oh my god, she’s totally right: I DO suck.” The good ones make me think, “oh my god, I’m totally going to let this person down.” This is totally neurotic, and yet I know a lot of other writers with this same problem — it’s not just me.) Whereas with the fanfic I read every comment and let everyone’s opinion of my brilliance buoy me up. It felt good.

Anyway. Yuletide was fun. Whether I do it next year will once again depend on whether I remember to sign up, though.